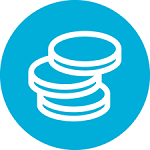 Real money, in this case, means what you have left over at the end of the year, the month, the week, whatever metric you use to gauge your betting success. You are measuring your betting results, aren’t you? It goes without saying but perhaps it would be useful to say it one more time as a reminder. What gets measured, gets improved (as long as you adjust your strategies based on some sort of analysis).

The opposite of that is of course not bothering to measure your betting success. In that case, simply understand that means you are more of a recreational bettor. Nothing wrong with that to be sure, but if you are one of those who are ready to up your game so to speak, you already know you have to track your results.

Anyway, so as you have most likely noticed there are seemingly dozens, if not hundreds of so-called betting strategies out there. But if you look into this a little bit deeper you may be surprised. You can see this for yourself in a relatively new work put out by a professional BlackJack player named Ed Thorp.

Now truth be told, Ed Thorp was in fact what is known as a “card counter”. As a matter of fact, Thorp was so wildly successful with his card counting techniques that his tactics were instrumental at the largest casinos out in Las Vegas to implement multiple card decks and what in no uncertain terms turned out to be an outright war on the technique of card counting.

So that is your backstory which is put there solely so you can understand the nuances of what you are about to learn from Thorp. You see, in both of the two books that he has written on the subject, Thorp explains the truth about his success. According to him, he actually placed the majority of his success on a staking formula put out by mathematician John Kelly Jr.

According to Thorp, the stats stack up this way in terms of betting success. First up, the wagering strategy only ever adds up to maybe one third to one-quarter of your success. On the other hand, the staking strategy itself accounts for two thirds to three-quarters of your ultimate success.

Well, there you go. Straight from the horse’s mouth so to speak. From someone who really has been there and done that, at the end of the day your long term success comes down to betting strategy after all.