NCAA Football games are the most unpredictable due to a number of factors including its ever-rotating roster. NCAAF betting makes up a large part of the football season. Some wins are easier to predict because the gap between higher ranked and lower ranked teams is bigger than the NFL. With NCAAF, bettors can wager on under/over bets which are basically predicting whether a certain team will win under or over a particular score.

American bettors generally find it exciting to bet on NCAAF. It is, however, important to note that playing with a strategy is needed in this regard. Bettors need to know important information such as the different kinds of teams they want to bet on, individual player factors and team rivalries. Bettors also need to be cognizant of factors such as weather conditions and which teams produce better results when home or way. Also, note that not all teams have a good home-field advantage.

If you are looking to bet on NCAAF, you have come to the right place. In this guide we have everything there is to know about NCAAF computer picks, betting odds and tips for your predictions. You will learn about NCAAF markets, popular lines and how to read a computer picks a table.

What are NCAAF Computer Picks?

Bettors need to be aware that although NCAAF computer picks are more trusted out of all the other picks, they do not guarantee a win. This is one thing that new bettors tend to ignore. Computer pick cannot calculate human unpredictability. 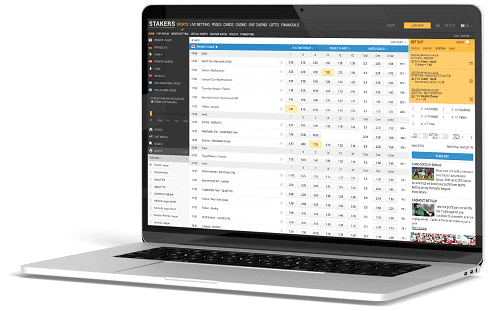 We know that reading NCAA Football computer picks might seem like a daunting task for new bettors and we are here to help change that. Good computer picks are usually presented in a table format. The table usually shows results of the last 100 games played but this might differ depending on the sportsbook. On the table, bettors will see “To Win” which represents a win based on moneyline or outright bets. The “ATS” on the table represents wins based on bets against the spread while “Total O/U” implies the amount a bettor will win under or over wagers.

This is the right place to familiarize yourself with NCAA Football betting tips. Below we have listed a number of things to consider if you want to place bets more strategically.

NCAA Football games offer bettors numerous opportunities to make wonderful bets. However, it is important to note that before making a bet, bettors conduct intense research of factors surrounding the outcome predicted. You can incorporate a host of sports betting picks into your analysis such as consensus picks and professional picks from experts.

Not only do they have to research the spread, but other aspects of NCAA Football betting, including the weaknesses and strengths of the team. If done properly, this, it will ensure that you place successful bets more often.